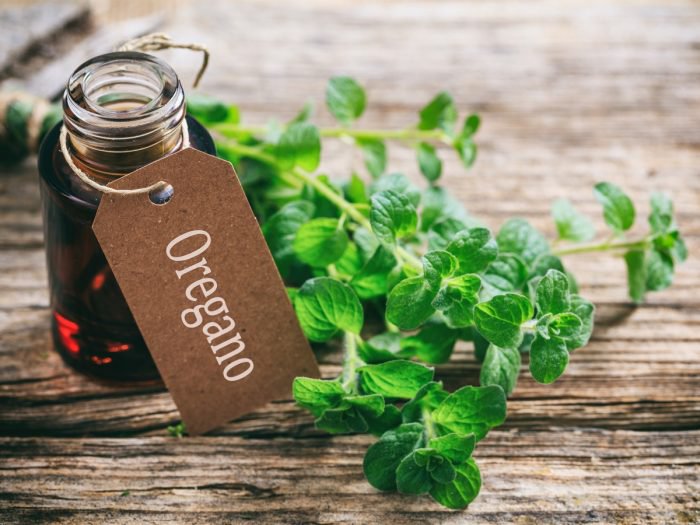 Oregano.  We all know it.  It is a primary ingredient in pizza, giving the sauce its wonderful flavor and other Italian foods its wonderful aroma.  Oregano is much more than just an Italian culinary herb and today we will learn a little bit more about it.

Origanum vulgare, a flowering mint family plant, and is sometimes called wild marjoram and is a cousin of sweet marjoram, another culinary herb.  It is native to temperate and Mediterranean climates but does just fine in our hot humid climate if we take the right steps in growing it.

Oregano has many uses outside of its home in the kitchen so let’s dig in and find out what oregano has to offer us!

Origanum vulgare var. hirtum, or Greek or Italian oregano, is the best-known variety and is what is commonly referred to as our spice.  Origanum vulgare var. aureum is a golden variety that has the same flavor but is known as Golden Oregano due to it golden hue on the foliage.  Origanum majorana or marjoram is used in Middle Eastern cuisine and has a milder and sweeter flavor profile.  Origanum syriacum or Origanum maru, also known as Syrian oregano is used in za’atar as a flavoring agent for Middle Eastern foods as well and many types of ornamental oreganos grown for both their edible leaves as well as there beauty.  Kent Beauty and Hopley’s Purple are both of the ornamental varieties.

There are also oreganos that are not oreganos at all!  Mexican (or Puerto Rican) oregano is actually a verbena that has a similar but stronger flavor than Greek oregano.  Cuban oregano (also known as Spanish Thyme) is in the mint family as well and is used in African, Carribean and Indian cuisine. There is also Mexican bush oregano, also known as Mexican sage or rosemary mint which is very aromatic and edible that has purple tube-shaped flowers.

Phenols known as carvacrol and thymol are the most active medicinal compounds in the plant and are responsible for it medicinal uses.  The herbal actions are:

It is known for helping with

So far I have been giving you medicinal recipes to use with your herbs.  However, today I will give you a culinary recipe that also has medicinal uses.

One study found that adding antioxidant-rich spices such as oregano and rosemary will drastically reduce the level of malondialdehyde in meat by 71% and in participants urine by 49%!  This is a toxic oxidation chemical occurring by searing meats.  There is no better flavor than the Maillard Reaction, the nice browning and crisp crust we get on our grilled foods.  However, this oxidation is toxic but is negated by the constituents of oregano and rosemary.  Fortunately, these herbs also taste great on grilled meats.

You can mix and match, but here’s the recipe used in the study: an equal amount of …

I think I would back off a bit on the cloves and cinnamon as well as also add onion powder.   Simply rub the mix on your meat before searing and protect yourself while enjoying your beautiful sear!

Uses in the Edible Landscape

Oregano is a wonderful pest repellant as well as beneficial insect attractor in the edible landscape.  Pests don’t like the pungent smell and bees, flies and predatory wasps love the flowers!  It helps enhance the flavor or tomatoes and peppers and can be easily grown at the base to make harvesting both together super simple. 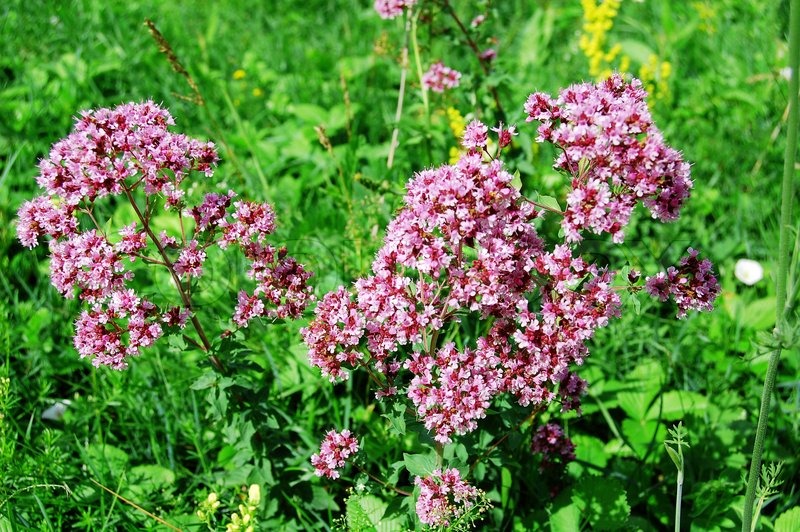 Oregano is easy to grow.  It is drought resistant and loves our heat.  Plants will survive 10 years or more but the flavor is much better before plants reach 4 years old.  Oregano is hardy so no winter protection is needed and it loves the sun but also thrives in part shade, although its’ flavor is more intense when in full sun.

Oregano is a relatively small herb, only reaching about a foot to a foot and a half in diameter and about 2 feet tall or so at flowering.  It’s a great companion plant as mentioned above but is pretty much a companion to anything in the garden. 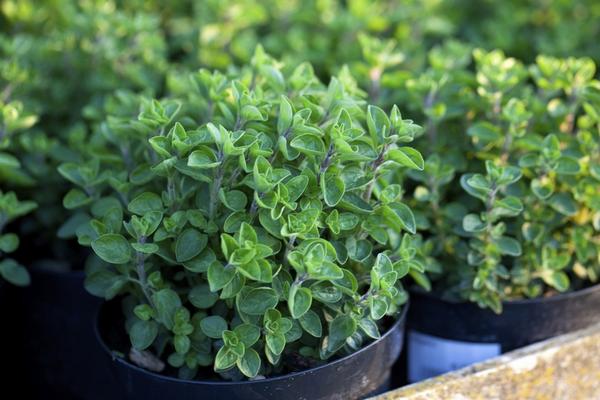 Make sure it is planted in a spot that drains well and fast as it does not like wet feet.

No care is really required with oregano except watering during extreme droughts.  Only water when soil has dried completely.  If growing as companions to other plants, prune back as needed to give the other plants room.

Harvest is easy.  Cut as needed for fresh herbs!

This couldn’t be easier either!  If you’d like dry herbs, cut and dehydrate.  Store in airtight container until ready for use.